Subtlety is in the eye of the beholder. Rolls-Royce refers to the updates applied to the 2015 Ghost Series II as "subtle," as if anything with a Rolls-Royce badge on it could ever be such a thing. To borrow a somewhat famous movie line -- and now perhaps more-famous Internet meme -- "You keep using that word. I do not think it means what you think it means. "
To be fair, I can see where Rolls got the idea. "Subtle" is simply a code word for, "We didn't change a whole lot." Before you accuse the automaker of laziness or complacency, however, understand that its incomprehensibly rich clientele didn't want the car to change much. Customers prefer that a Rolls-Royce be a timeless statement of wealth and prestige, not a frivolous accessory to replace every few years with a new model. When those people have quadrupled your sales and supercharged your profitability in the past few years, you don't rock the yacht. Instead, you deliver a car that is enhanced but not drastically different.
More than that, though, there isn't a much better word to describe the actual differences in the refreshed Ghost. The only surface-level differences occur ahead of the windshield, where every panel is slightly different. The "wake channel" culvert in the hood is certainly subtle. Tilting the "Spirit of Ecstasy" hood ornament forward 7 degrees could qualify as an automotive textbook definition of subtle. The new adaptive LED headlights, with their unbroken lit beauty ring doubling as daytime running lights, are rather obvious but tend to draw unflattering comparison to a Chrysler 300. Less obvious is that they've been pushed outward 2 inches, which to the Rolls people makes the car look wider, but to my eye it de-emphasizes the hard creases at the leading edges of the fenders that give Rolls-Royce cars their distinctive flat, hard, unabashed, and intimidating nose. The new look is softer and more rounded, giving up some authority and making the car more, well, subtle. I don't know that the sportier, split five-spoke optional wheels help the cause much. Despite their larger diameter, the lack of a large, flat face detracts from their presence, and they actually appear smaller to my eye.
Never mind that, though. Rolls won't likely sell any fewer cars because the front end of the car isn't as flat as a table. If anything, it'll likely sell a few more on the strength of its other updates.
The biggest to me, were I deciding whether to replace my theoretical current Ghost with the new car, would be the front seats. If one negative memory stands out from my time behind the wheel of the previous Ghost, it's how flat the front seats were and how little you could adjust them. One would assume that a car like a Rolls-Royce would have the world's most comfortable car seats, but while that might have been true for the rear seats, it wasn't for the front. "Who cares," you might ask, but remember that the Ghost is the Rolls-Royce that customers drive themselves. Chauffeuring is for the Phantoms. The new seats are plusher, more comfortable, and allow for more adjustment, including thigh support.
You'll have to look a little harder to find the other updates. Yes, the rear seats are angled slightly toward one another, but not enough to be noticeable. The exterior door handles are metal now, and some of the leather-clad surfaces you touch regularly have extra padding to make them that much softer. You'll likely take additions such as leather-wrapped A- and C-pillars and metal caps over the instrument needles for granted, assuming they were always there.
More noticeable are the upgraded electronic aids. The only outward indication is the larger rotary controller for the information and entertainment system that now features a touchpad in its center, allowing you to enter some information by drawing with your fingertip. Once you begin fiddling with it, you'll find an updated interface with additional features. For a list of them, ask your assistant what his or her BMW has. The Ghost receives all the latest BMW iDrive updates, nicely re-skinned and rebranded with Rolls-Royce-specific colors and logos. You'll also notice a full-color head-up display that projects more information than ever on the windshield, provided your designer sunglasses aren't polarized.
The electronic update you aren't likely to notice is the new link between the satellite navigation system and the transmission. Designed to keep the monstrously powerful engine always in its peak powerband, the new software looks at the navigation data for the road ahead and pre-plans downshifts before you arrive at a hill or sharp curve. It's difficult to judge the effectiveness of this feature, partly because there is no gear indicator or tachometer and the shifts are imperceptibly smooth, and partly because Rolls-Royce chose to have us drive the car in Dallas, which has no hills and offers little in the way of curves.
The feature is imperceptible in daily driving, so Rolls customers will no doubt 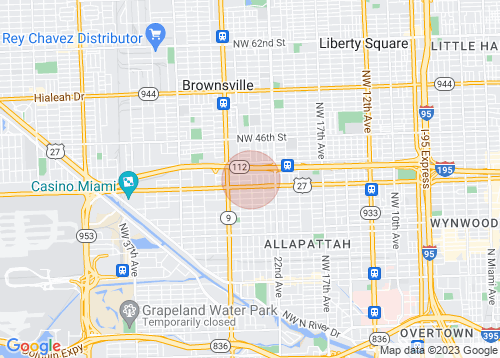